Some of the groups on Facebook are reporting that gamestops are starting to drip these out because they're showing up on ebay. Either that or some gamestop employees are scalpers. XD

Sorry to double post, but I wanted to make sure this was separate. GOOD NEWS AND BAD NEWS!

The good news is my local gamestop put out all the new P1's and P2's today! I grabbed a galaxy P2 and a Sparkly red and yellow P1.....

The bad news is that they're DEFINITELY streetdated for 9/30, which means if they put them out at gamestops, they won't sell them to you. They actually pulled 'em off the shelves when they found that out. (They should just read our forum, I guess)

That said, they agreed to hold the 2 I picked out because they understood the situation and I was reasonable with them (that's always the trick!), but that does help out those of us who want to go to Gamestop and grab them: FRESH CASES 9/30 AS LONG AS NO ONE IS BREAKING STREET DATE. XD

Honestly, even if I don't get those two, ALL the designs look REALLY good in person (I was very torn between the red one, the scale one, and the magenta-and-black striped one for the P1's), and there's probably 3-4 from each generation I'd be interested in! The only designs that didn't grab me were the black and white one (because I have an original P2 of that) and the hot pink and yellow one. Fine designs, but with all this new crazy stuff, they're pretty easy to pass.

Also, they were $20, though I'm pretty sure that's been roundly confirmed by now. (Edit: It has, I see. XD)

Knighttchi's Ballad said:
I've checked Ebgames, Walmart, Toysrus, Chapters, and even Hot Topic (we have few of them in Canada) but none of them have anything but the Mini. There wasn't any other signs of them either from the simple search I did of "tamagotchi". I'm guessing there might news of a Canadian release date further down the road, and possibly we might get a later release than the U.S. (such as a few months later). I'm certain we will eventually get the replicas as we have already got the Mini and Canada and America have always had close relations. I'm waiting with money anyway XD
Click to expand...

A few people I've talked to have said EB Games has the new P1/P2s in their system! We will be getting them a bit later than the US though, release date is said to be October 31st here in Canada.

Aw shucks you guys are lucky to get the rereleases!

I wish Singapore had them at Toys'r'Us...

Here it is, officially announced by Tamagotchi US on twitter that Tama's will be back this Fall.

It's also up on the Bandai website with sexier pictures: 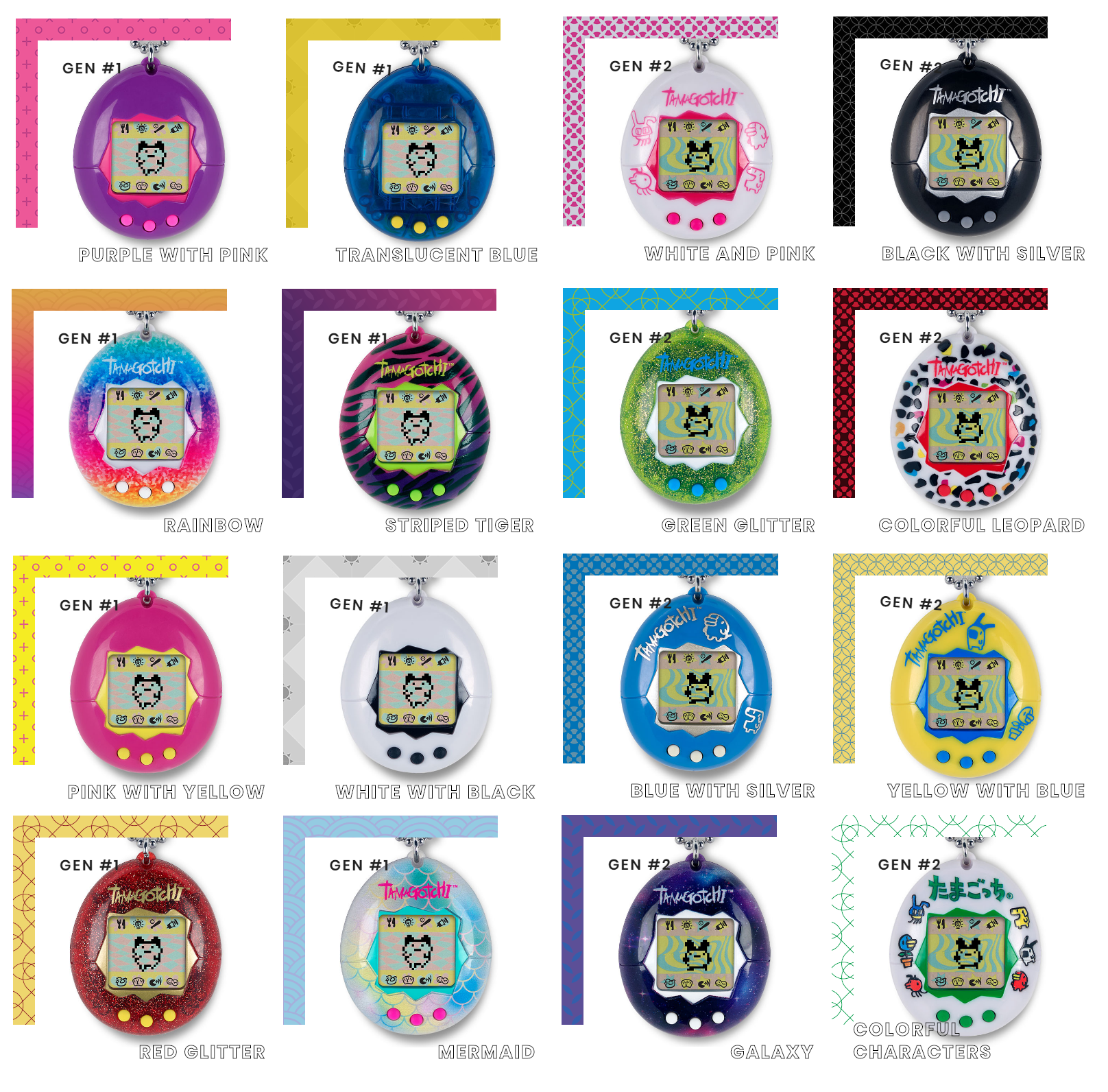 Update: You can now Pre-order on the US GameStop Site

reize said:
Aw shucks you guys are lucky to get the rereleases!

I wish Singapore had them at Toys'r'Us...
Click to expand...

Man, at least you still HAVE Toys'R'Us. XD

Hoky said:
Man, at least you still HAVE Toys'R'Us. XD
Click to expand...

Yeah, we no longer have them in the UK, either, even though a number of the international arms have remained open. That was actually where I got my original Gen 1 Tamagotchi from back in the day, and it's a pity that I won't be able to go and get the remake from there, too!

As if we didn’t know GameStop would be carrying the P1 and P2 replicas, they have finally listed them on their website! You can grab any one of the 8 P1’s, and 8 P2’s for $19.99, just keep in mind these are not yet released until September 30th so this is essentially a preorder. Once the 30th hits, then they will start shipping and you will have your hands on these bad boys soon enough! Hoky said:
Man, at least you still HAVE Toys'R'Us. XD
Click to expand...

Actually nevermind. Toys'r'Us over here just announced a Closing Down sale. Looks like I'm going to spend a lot of time flying in and out of Japan now.

Ahh so glad I don't have to sweat store stock to grab my favorite designs as in the 90's. I'm a sucker for anything Galaxy-themed!

reize said:
Actually nevermind. Toys'r'Us over here just announced a Closing Down sale. Looks like I'm going to spend a lot of time flying in and out of Japan now.
Click to expand...

NOOOOO NOT YOU TOOOOO

Another fun fact: You can't preorder these guys in store at Gamestop, but you can preorder them online! XD I actually stopped in last friday since they were holding them for me and they said the system in-store doesn't let them do that. Which is weird.

Interesting that B&amp;N is carrying them, though! I suppose they've been getting more into Japanese culture stuff since they carry gunpla and a ton of Sanrio stuff now.

For UK Tamagotchi fans: I've just found out that Tamagotchi Original is apparently exclusive to The Entertainer. They're out on October 1st, and they're now taking pre-orders online for the eight colours that we're getting (four Gen 1, four Gen 2).

The product photographs show Gen 1 screens for all of them. Don't forget to check which is which on page 4 of this thread before you order!

I just got my order in for a plain purple Gen 1 version. (My Shuku 20 Shunen Tamagotchi Gen 2 has a retro casing, so I wanted to do the same here for my Tamagotchi Original Gen 1.)

Will these releases use LR44 batteries, or CR2032 like the Japanese rereleases? Just curious. I bought a Japanese p2 rerelease, and it uses the bigger battery like the Connections do. Makes life so much simpler.

N4LLLC said:
Will these releases use LR44 batteries, or CR2032 like the Japanese rereleases? Just curious. I bought a Japanese p2 rerelease, and it uses the bigger battery like the Connections do. Makes life so much simpler.
Click to expand...

I suspect that these are going to be identical to the Japanese re-releases, barring the programming - I can't imagine any reason that they'd raise their production-costs in order for them to use a different battery type outside of Japan.

You're probably right, PK. That would make sense.

Another spotting in the wild! I just searched "Tamagotchi original" and saw that Office Depot near me actually has some in stock as of today as well as a Gamestop about an hour away. May be going for a drive this evening if they really do have them out on the floor already! Need to find the Unicorn and Galaxy ones before they are gone LOL. I have a feeling they are going to be popular...

Confirmation! I walked into the nearby Office Depot this afternoon and picked up all of the colors I had wanted! So freaking excited!!! I’ve never figured out how to share pictures on here, but I just posted them on my Instagram. Just search #theoriginaltamagotchi and you’ll find me

cmarie said:
Confirmation! I walked into the nearby Office Depot this afternoon and picked up all of the colors I had wanted! So freaking excited!!!
Click to expand...

Which colours did you pick up, in the end?