How do i sneak a Tamagotchi into a Private School?

Hi i might have to go to Private school next year and i wanna be prepared how do i sneak not one but two tamagotchi ONs i dont wanna get caught with them right now im in public school so tell me guys/gals whatever your prounouns are what the punishments are if I get caught with one and how to sneak them in and some advice on private schools Yours Truly,Kitkatcoz

If you need to sneak things in, then you know that you're breaking rules, and we're not going to help you do that. Please take good care with your education - you only get one shot at it while you're young!

Mute it put it on the time set screen and problem solved if you're using a p1 and keep it in your backpack
Last edited: Aug 7, 2022

No problem I'm the p1 master not with secret characters 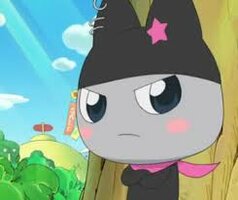 I used to sneak SO many tamagotchi into school. I ran up to 7 of the vintage tamas and connections at once in high school. And I was BRAZEN about it, wore them all on a very loud lanyard as they rattled when I walked between classes.

Now this was 10 years ago in a public school and I'm sure some teachers are stricter than others.
1. Check your school's rulebook. There were "no cellphone" policies but I don't remember there being a "no handheld games" policy. There also wasn't a PDA policy so I often brazenly brought mine and took digital notes or read books on it when I finished my school stuff.
2. Don't even think about your pet during classes with strict teachers.
3. With the really chill teachers still be sure to keep your pets on mute, and don't be brazen with your pets.
4. If you're worried pause it when you get to school and reboot/unpause it after classes end when others bring out their cell phones.

I have a friend who is a teacher and when she confiscates stuff from students she sends it down to the office so they can deal with the parents. Meaning your parents will likely need to come in and pick it up. Kids who were caught with their phones or Nintendo DS during class would get written up.
For me, I wasn't worried if a Tama got taken, they were only ~$15 for the nice newer ones but most of mine were thrifted or clearance finds I'd bought for way less. That said, I never had an issue personally.

So, to sum it up, with how pricey tamagotchis are now, I would simply do the turning it off before going to class, and turning it back on when leaving school method. Opting to just abandon it at the hands of the front office would be a pretty expensive screw up to avoid getting in trouble with one's parents. And if your parents have to go in, odds are both your Tamagotchi would get taken away by your folks. They obviously care about your education if they're going to send you to private school, so it sounds like they'd take something like that pretty seriously.

That said, vpet care gets easier with many jobs once you graduate. These days I check on mine during my work breaks as we can use whatever gadgets we want during breaks.

It's not nearly as strict as school was.

Thank you for the advice in my school the kids are extremely noisy one time my friend brought a vintage one to school and it was like the 2nd day she had it and she asked to to take care of it in class I know a big opsie and it just started beeping nonstop and without the backside it was pretty loud my teacher confused it for a cell phone found it was like its yours and I didnt say anything because I didnt wanna get my bestie in trouble so she was like how do u mute it at the time I didnt know how so I just clicked some buttons and was like there so i walk back not even 5 mins later it beeps my teacher says put this in ur backpack never take it to school again so i gave it to my bff and i saved her the yelling I didnt get yelled out because i was like the 6th favorite so yeah thats my story.

my tips for tamas at school are mute them and keep them in your pockets during class! i keep my connections paused when i’m at school, but the on doesn’t have that feature so just slip it in your pocket and only take care of it during break

Leave them with parents to babysit or at the hotel when you are at school.
Last edited: Aug 9, 2022

bigballs48 said:
my tips for tamas at school are mute them and keep them in your pockets during class! i keep my connections paused when i’m at school, but the on doesn’t have that feature so just slip it in your pocket and only take care of it during break
Click to expand...

The On doesn't have a pause feature, but there IS the hotel! Jill Grygas did a video on how to "pause" all sorts of tamagotchi, even those without a proper pause feature.

I would advise to only play on them during breaks. The tamagotchi ON has a feature to send your tama off to its parents until 5pm. Please focus on your studies!

Thanks for all the replies and everyone telling me i should focus on my studies because your right!

I am homeschooled but I still sneak mine, kind of. I mute them but I don't check them till I have a brake. if it is fully grown it shouldn't need anything for a long time anyway.