I often  check tamapalace. Two or three days ago the design of a new tamagotchi leaked. It came from a european institution, don't remember if it was for safety or intellectual property. The next day, the post disappeared. Did someone knows something about that? 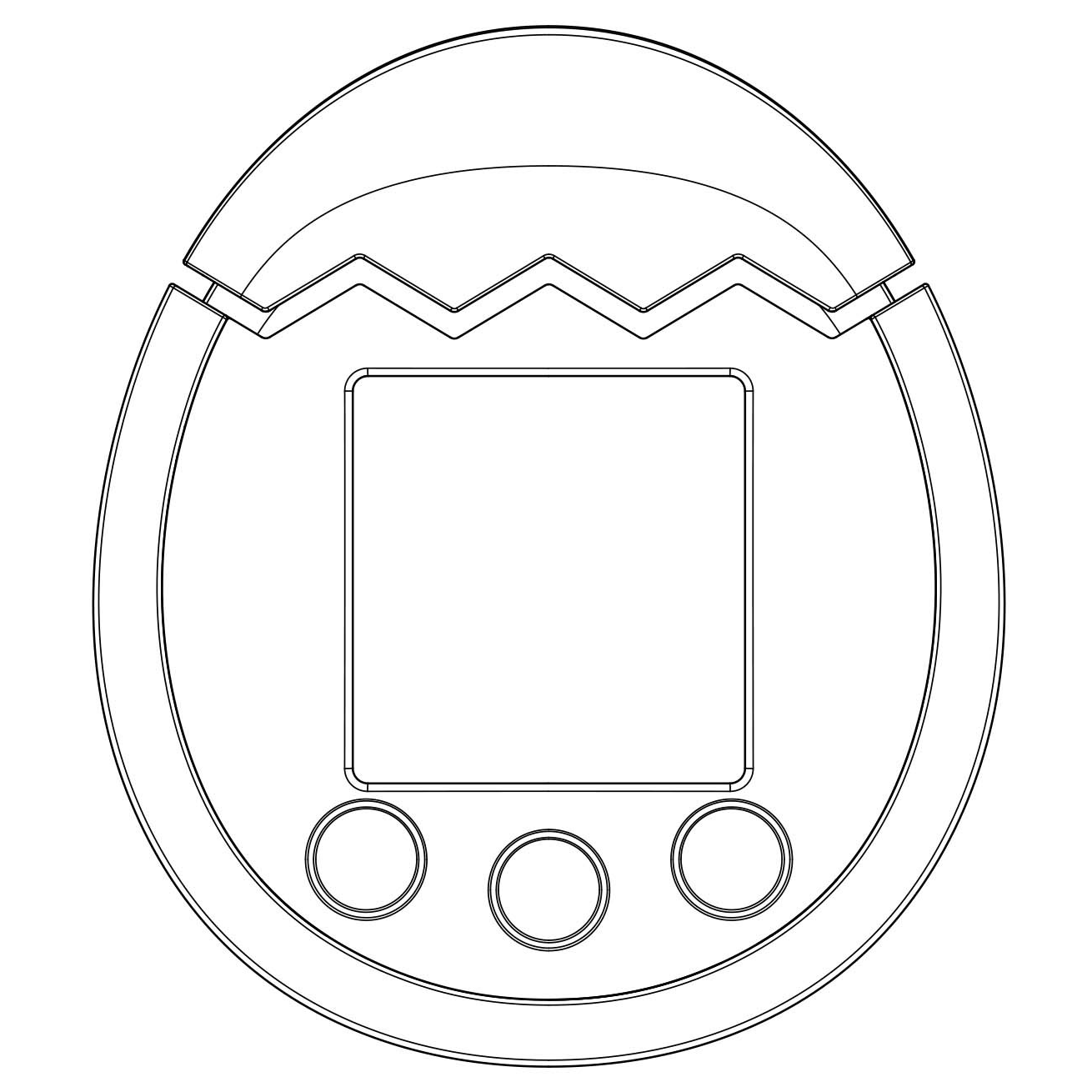 I want to begin by making it quite clear that this has not been confirmed for a European market. The website that listed it is a European Union property office, but this does not indicate that the device will be releasing in Europe. In fact, some digging reveals that they've also listed several other versions that were all for the Japanese market. As such, I don't believe this will be an international release just yet.

It's also been noted that Italian is listed as a language in the trademark - this is also true for the Japanese versions; it's only indicative of the fact that the trademark representative (Studio Torta) is an Italian company.

I did some investigation into this to see what I could find and I ended up finding some interesting things, including more Tamagotchi trademarks from the same source. Firstly, I noticed that although this trademark only recently emerged, the trademark was first claimed in late August. This is also unique in the sense that it's the only one of these trademarks that lists the design trademark being trademarked before the device's release. The others all claimed the trademark before release but filed the design afterwards. We'll come back to this in a bit.

There's been some speculation that this one could be another Meets / On release - the lack of Wiz Co suggests to me that it's definitely a new version.

Taking these dates into account, and considering that the new release was first filed several months ago, I'm predicting an announcement in the next few weeks - either later this month or early-mid January. Then we're probably set for a March release date, which coincides with the 17th anniversary of the Connection. So I guess I'll call it now and say I think it'll release March 20th 2021.

Some further digging for design trademarks reveals that there are more Bandai trademarks listed under a different organisation name:

Here's something curious - the only international model here was one with a particularly long cycle, and another case of the design patent being out before the release or the announcement, unlike the Japanese models. It's been nearly four months since the new version first had its trademark claimed, so about 3-4 months until release makes sense, but I'll note that this is much more in line with the Tama-Go than with any of the Japanese versions. Maybe a hint at an international release after all? But we'll see.

Either way it looks like it's still around a month before an announcement and probably three months before release.

Wow a thank you very much for this long and detailed answer!!! Really appreciated!!! Now we just have to wait and see!!!

Is it just me, or does the top of the shell in the diagram remind anyone else of the lid on the Osutchi &amp; Mesutchi?

Penguin-keeper said:
Is it just me, or does the top of the shell in the diagram remind anyone else of the lid on the Osutchi &amp; Mesutchi?

That was my initial thought as well! I am intrigued as to what kind of "gimmick" for lack of better words this version will have surrounding it. It is also giving me some Tama-Go vibes as well, but I could easily be wrong. I am wondering if there is IR underneath the potential removable top portion or if it something different altogether. Lots of questions, but I am happy to just have some information that there is a planned next launch!

i thought the same thing about the top of it, wonder what its gonna be used for.. im kinda hoping its gonna be a usb port for connecting it physically to things and possibly rechargeable batteries?? thats always something ive wanted to see in a tama. im real interested in seeing whats gonna happen with this

It seems that Bandai Made the European Union Make their own Tamagotchi!

How to Spot a Fake Tamagotchi