The Tom Saga: The Misadventures of a 168 in 1 Virtual Pet!

Hello everyone! I finally figured out how to upload pictures (this thread was originally asking about that-) I'm new here and the first thing I want to do is to create a tama log! Upon seeing other people's log, I enjoy them very much and feel so inspired to do my own!

I made this little journal noting the progress of the bootleg 168 in 1 virtual pet that I have accidentally adopted and dearly named Tom! Of course, this was an old log. I previously posted these on Reddit and on the Tamagotchi FB group (he’s quite well-loved by a lot of people there too!). So I decided to post about Tom on Tamatalk because I think people here might like to read about Tom and his saga

This log first started as a joke but later on (and even till this day) I had actually grown a deep attachment to this special bootleg virtual pet named Tom.

Anyway, enough of the intro- Now I present to you, The Tom Saga: The Misadventures of a 168 in 1 Virtual Pet!

Was feeling unmotivated to take care of my Sweets Meets lately so I decided to take a break. I still wanted something to look after though so I booted my fake tamagotchi for fun and decorated it. I'm sure most of y'all are familiar with this bootleg version

This is Tom. He doesn't know this but he's a fake tamagotchi, I don't tell him that because that will break his heart. He's also a hacker apparently and gets sent money everytime he hacks. So be careful. Tom takes a form of a betta fish but he also sometimes turns into a chicken everytime he is happy or confused. It's been a while and it's a miracle he hasn't resetted himself yet. 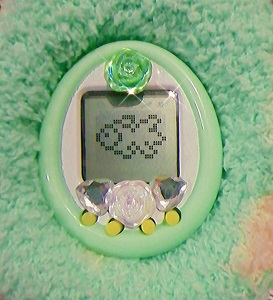 I don't know why and how but suddenly Tom has transformed into a bird. This happened right before my eyes. First of all, I was surprised he was still maintaining, he hasn't reset himself at all since yesterday. And second, he turns into a bird after I bought a ribbon and clicked on the Yin Yang thingie. I think I may have discovered something new. He now can access other things he couldn't before and unlocked a game of seesaw. I'm not sure if that has anything to do with his new transformation though. I miss his old fishy self but Tom seems okay with having a beak and feathers. Most importantly, legs. 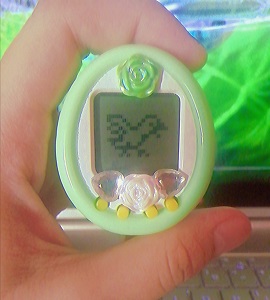 After the last update, I decided to purchase more items in the shop. There are 3 items: a headband with a bear face on it (or what may seem like it), a ribbon, and a heart with tiny wings. Every time I buy an item (the prices are very inconsistent every time), I would click on this Yin Yang symbol and Tom would change form. So that's exactly what I've been doing lately.

Poor Tom had to go undergo many transformations because I was curious what he was going to turn into each time! A chicken, a frog, a whale, a beetle, an anime boy, a muscular robot man- even some of the weirdest creatures I can't seem to make out what they are. Of course, Tom hadn't taken much notice of his ever-changing appearance in the past hours as I made him busy with his hacking job (I needed the money for his transformations). And again, Tom hasn't reset since the day I booted him up. In fact, I'm getting a bit tempted to reset him myself because I wanted his old fishy self back but I'll continue working on getting his old-self without resetting! I think I'll only make him transform once a day or week now so Tom doesn't get too tired. He's been working all day to get some money and his clients kept sending him poop! Poor Tom.

Here's a little video of one of Tom's transformations:

Quick update on Tom: Lucky fella is still alive! I'm not even sure if it's possible for him to die (but he does get sick so it's possible?) Not even a single reset! I guess that gives me the opportunity to get to know Tom a little bit more and learn how the gameplay of it actually works. Tom is still mysterious to me though. Anyway, look who he is today! He's quite the star! You can't see it in his face but he's actually very excited. 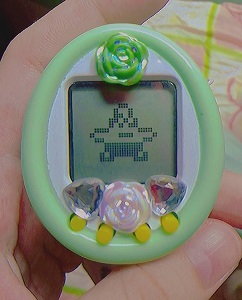 Hi, Tom is still well and healthy. He says he's been more into old school stuff lately. I'm not sure why. Maybe he's going through a phase? 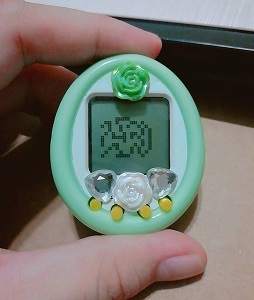 Some of you might be wondering (or not), "how is Tom doing?", "Did he finally turn into his old fishy self?", "Is he still alive?"

Yes, he's still alive. In fact, he's very much alive to the point where I think Tom has reached immortality. I'm now convinced he's indestructible. I neglected Tom a lot (I'm sorry, Tom!) and he hasn't died nor resetted himself! Even his hunger hasn't gone down and his wallet is always full because it refills itself for some reason. Tom has truly reached his peak. This is him now, stronger than ever. Perhaps have been hitting the gym, so that's why he's becoming so buffy.

This is perhaps his final evolution because I'm not planning on buying any new items to transform him again. I mean, look at him, he's perfect now.

Thank you all for being in Tom's journey with me! He has grown so much from a meek fish to a buffy dragon-looking creature. 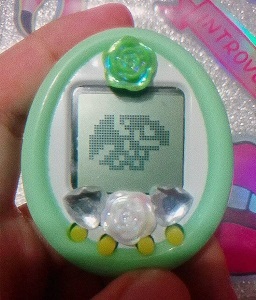 Tom is still with us till this day without any reset or death! Long live Tom! It’s been 54 days with Tom and I’m so proud of him (but on Tom's device, it says he’s 65, how weird!)

Not sure if I will continue his saga though. I’ll be taking a break for now

Hello, everyone. I have an update on Tom and this will finally be the last update. Unfortunately, it's heartbreaking to inform you that Tom is no longer with us. He had finally reset himself last month. Sorry for the late announcement because I had been truly busy and I was actually still devastated that I lost Tom. I never thought I would care so much for a bootleg Tamagotchi but Tom truly held a special place in my heart. I wasn't sure if I should post about this update but I felt like I had to let people know since I'm sure he was very well-loved by some in this group. Again, thank you so much for showing your support. He was truly one of a kind vpet. We will truly miss his funky evolutions and awkward teenage phases. But even good things eventually come to an end.

I'm not an artist but I drew a little something as a tribute to Tom. Rest well in Tamagotchi heaven, Tom! You were a real one. 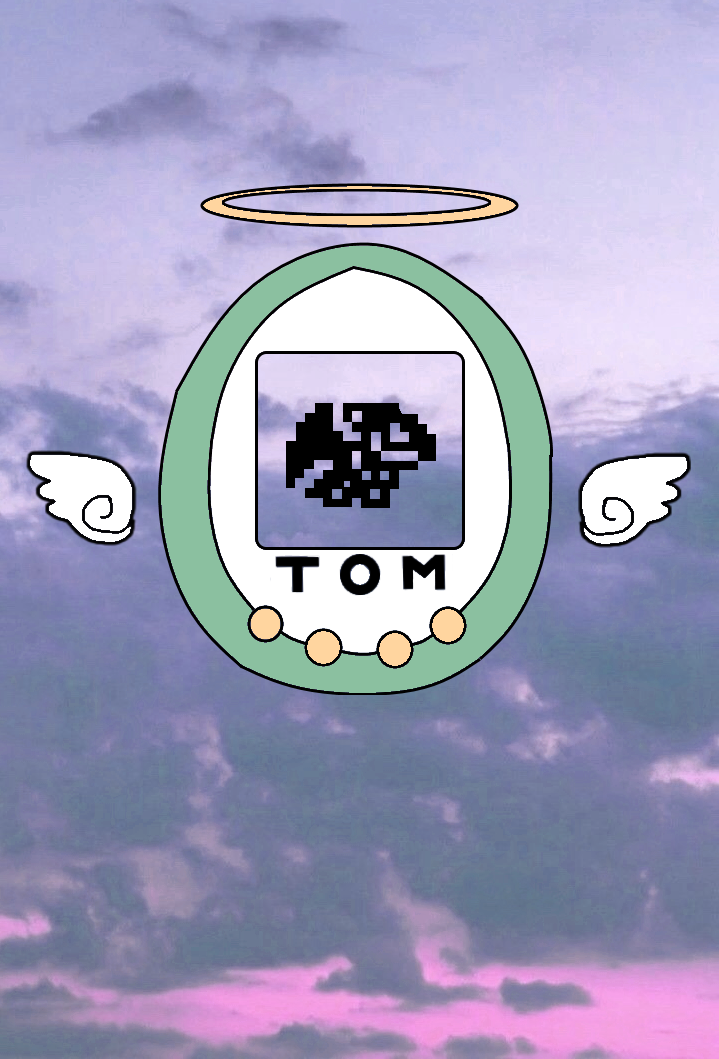