I really wanted to make a log for my Familitchi, even though I’m a few days behind on progress, but here we go!!

I’ve had this Tama for about 6 years; it was given to me by a very, very dear friend. I haven’t booted it up since..around 2017? But I finally got batteries, and now we’re back on track!!

Upon reviving my beloved V5 tamagotchi, I was prompted with the usual set-up menus. I named my family “Bread”, and waited patiently for my babies to hatch. 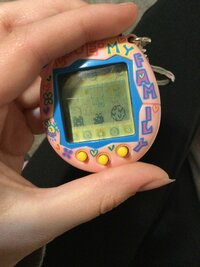 The first one to hatch was a Futabatchi who my partner and I nicknamed “Wheat”, her brother, a Mimifuwatchi named “Sourdough”.
(Not pictured: their sister “Rye”, an Omututchi)

They were fed nothing but bread and tempura (shhh, don’t question it), and grew up to the child stage the next day! 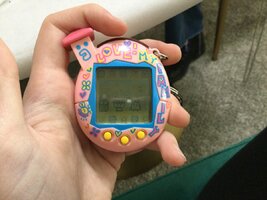 (apologies for the bad lighting, I tried my best haha)

It was around here that I started getting bonding items for them via passcodes, spamming the “Gotchi King DVD” until they loved me more, haha

They continued living off their diet of bread and breaded veggies, with the occasional bowl of fried rice to add a little spice to their diet. They even got a yummy gingerbread house as an extra little treat!!

..I spoil my babies too much. 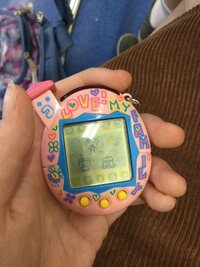 Two days later, and I’ve got little teenagers roaming around!

Wasn’t expecting Wheat to turn into a Shelltchi, so cute!!

I’ve been spoiling them lots, Wheat’s definitely the favorite of the bunch, haha.

Originally wanted her to grow up into a Watatchi at the adult stage, but my bonding level went over the limit for her (limit is 30%: we’re now at 50%, which is fine by me). Looking at her current possible evolutions, I’m really okay with any! I’ll keep this thread updated as time goes on

The babies grew up into full adults yesterday morning!!! 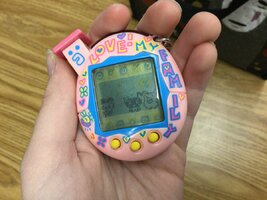 They’re so cute!! I’m so thrilled with just how precious they look now

Gonna try and get one of them married to Sunitchi tomorrow when the Dating Show feature unlocks; I just love that lineup so much!!

(I also ordered the limited-edition ver. Of the Gen 1 last night, it should be here tomorrow! My partner got one too, we’re gonna have them grow up together ^^ I’ll keep you all posted on progress!)

After a few days of nothing, we finally got Wheat married to a Sunitchi!!! 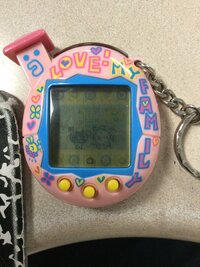 her siblings celebrated the occasion, before blasting off towards what I can only assume is Tama Planet. 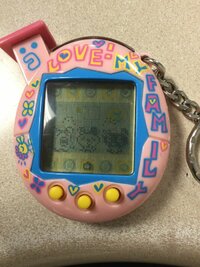 A few seconds later, we have a new baby!! 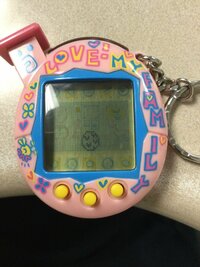 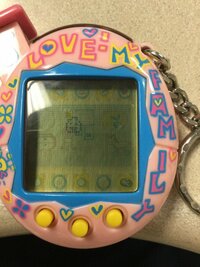 I don’t know what to name him yet- maybe Soda or Brioche? If anyone has suggestions, lemme know!!

This looks really fun, I enjoyed reading your log so far!

Ah, thank you!! I’m so glad you’re enjoying it

im loving raising these little beans!! Wonder how many generations I’ll get to :0

Speaking of, Soda Bread grew up into a Hoshitchi earlier!! 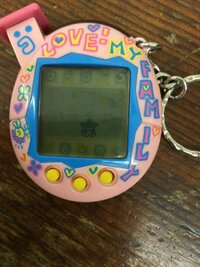 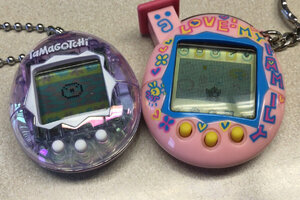 (Pictured: Soda Bread and Soda Can screaming into the abyss together)

Hoshitchi! Love Soda Can's shell... I hope to get one myself soon

i love it, too!! I’m so frustrated that I threw away the box he came with, it was so pretty, and would’ve been great to display,,

hope you can get yours!!

Lots to update on!! Sorry I haven’t been posting lately, keep forgetting haha

Wheat started showing Soda Bread how to raid the fridge, just like she so regularly did as a child, haha 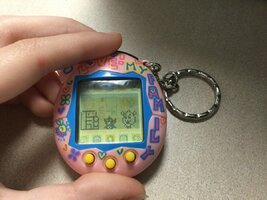 After learning that rite of passage, he evolved into a healthy Mikazukitchi!! 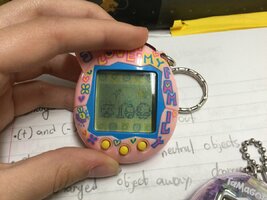 look at the babey. Vacuuming with his dad.

A few days later, and Soda Bread grew up into the s u n . 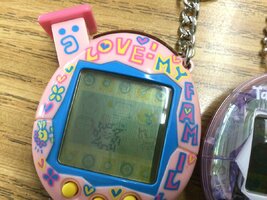 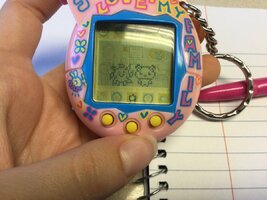 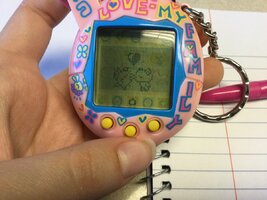 Soon enough, it was time to marry him off! He instantly fell in love with Violetchi, and they soon married. It was an emotional experience for his parents, but they’re proud of him nonetheless! 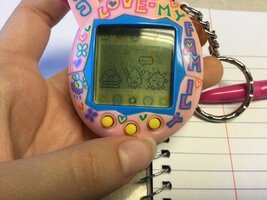 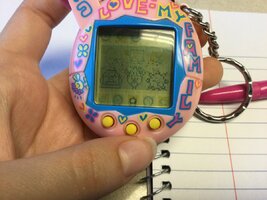 With that, Soda Bread and Violetchi gave birth to their three children! Meet Brioche (middle), Bun (right), and Roll (Left)! 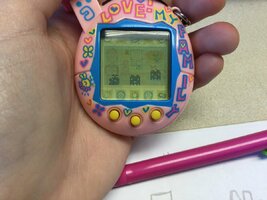 I had no idea that two of of the same starting babies could be born!! Thought that was really interesting

I love the three bread babies <3

I love them too!! They’ve been really fun to care for, hehe ^^

I’ll post an update soon!! They’re in adult stage and I’m trying to get Bun married; I don’t have access to my photos of the progress atm but I’ll post as soon as I can!

If they do, name one of the babies Stewart!