PurplePyonkotchi00! said:
EDIT: I should've waited to post because immediately after this I used the anywhere door gadget and managed to take pics of doraemon visiting his sister dorami
Click to expand...

And they're siblings because they shared the same pot of paint!

(As @PurplePyonkotchi00! notes, Doraemon was originally yellow - he turned blue from fright after his ears were eaten.)

He turned blue from fright but then never turned back?? XD Doraemon's origin story sure is strange hahaha

I forgot to say before, but using the time machine gadget can also take doraemon to the past instead and change his form once again! 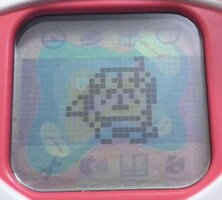 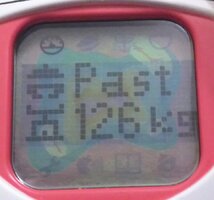 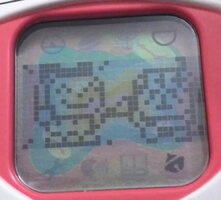 Also, I've said before how characters will pop up on the screen and ask for help, and clicking the pocket icon helps them and adds to the DMP meter. I keep forgetting to take pictures of that, since each character has their own sprite and everything. So far all the characters I've seen do this were Nobita, Shizuka, Gian, Suneo, Sewashi, and Dorami. I did get a pic of dorami the last time this happened, but I gotta remember to take more pics of this thing lmao 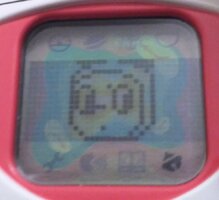 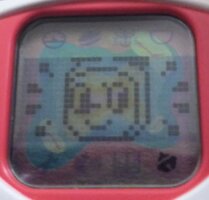 Today I got this new gadget that turns doraemon into a ghost... pretty ominous considering this is a tamagotchi LMAO it reminds me a lot of a death screen, which is... oddly fitting considering the rough time I've had with this thing so far 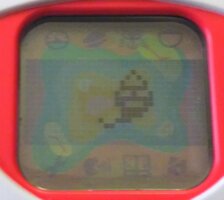 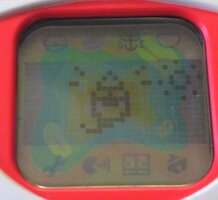 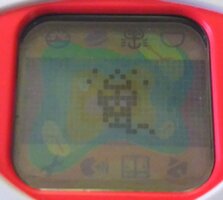 So far this is the best run I've had of this tama, doraemon's been around for 5 days now, so maybe I'll finally have him last a full week. I'm not sure if it's actually a factor or just a coincidence, but I noticed that feeding him more dorayaki and keeping his weight high has made his stats drop less frequently? Usually I tried to keep his weight at the lowest possible (100kg for this tama) since usually that's what most tamagotchis want you to do, but slacking off and feeding him snacks instead of playing games has seemed to make him a lot less needy... not sure if that's actually how this thing is programmed or if I'm just getting lucky now, but it's interesting.

The doramitchi has shipped from japan and is now on its way to me, hoping I can get that by the end of this week maybe? Also, it's kind of a funny coincidence that I'm running these tamas right now, just the other day netflix japan dropped an english dub of stand by me doraemon 2 out of nowhere. I watched it (and rewatched the first one) last night, it was pretty good! I really recommend them, it's a good introduction to the series if you know nothing about doraemon, as it's sort of like a new adaptation of several stories from the manga. Ironically, I actually got so distracted watching the movies that I completely forgot about the doraemontchi and didn't turn the lights off in time... oops lol 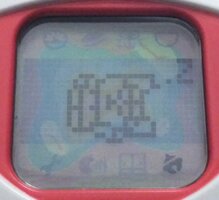 I love Doraemontchi, I didn't know it existed! The Dorami visit pics really are the cutest. Enjoyed this thread a lot, have fun time traveling

Yeah I'm pretty sure that ghost sprite is Obaketchi, the death symbol in the original guys and the starting of the Angels :O

I don't know anything about Doraemon, but this thing is so cute it makes me want one XD

KuchipatchiPod said:
Yeah I'm pretty sure that ghost sprite is Obaketchi, the death symbol in the original guys and the starting of the Angels :O
Click to expand...

Yeah, it definitely is!


KuchipatchiPod said:
I don't know anything about Doraemon, but this thing is so cute it makes me want one XD
Click to expand...

Here's a good place to start.

The ghost thing be like: Now you can take care of an O B A K E T C H I

BTW, Obaketchi is a ghost and is seen in most Japanese Tamagotchi Death Screens.

Nothing new to say, I've managed to keep doraemon alive for a whole week now, so thats good! I'm starting to wonder if the weight is linked to the stat-dropping speed... ever since i got lazy with the games and started feeding him a lot of snacks instead, the stats haven't been dropping as fast. It's odd since I figured keeping your tama at the lowest possible weight is what's expected (since thats how it usually is for every other tama ive ran) but maybe not for this one? Not sure if it's just a weird coincidence or not, but I'll experiement with it sometime.

Also something I noticed last night, for some reason the clock shows midnight in military time as 24:00 instead of 00:00. I guess it's not technically wrong, but I'm so used to seeing it as 00:00 and I don't remember any other tama showing it as 24:00... so it's kinda interesting. Very bad quality image bc I didn't want to get out of bed lmao 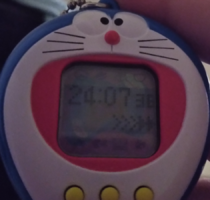 I've never seen 24:00 for midnight before, quite strange. Maybe Doraemon is just happier filled up with snacks XD

Hi sorry for the lack of updates, I got a bit tired of running the tamas for a while. I have both the doramitchi and doraemontchi now, but theyve both been paused for a few months now. I think I'll keep trying to run this log soon, but with less pictures probably since thats been a huge hassle to upload... also no gurantees on anything because college life has been super busy. I also got a tamagotchi pix for christmas! Though I was only able to run it for a short time due to do the crazy battery drainage it does. Seriously, I need to invest in some rechargable batteries before even thinking about running that thing. But anyways thats all I got for now!

I've decided that I'll probably begin running the tamas over the summer or something instead, my schedule is just waaay too busy to care for needy vintage tamas at the moment I'll either make a new thread or continue this one if it's not too old by the time i come back to them