I have some Tamagotchi Crossovers that are silly!

Hi there! I'm BoredRabbit who has a passion on character design on Twitter and DeviantArt. Now I was introduced to Tamagotchi in the early 2010s by my cousins. I know it's a virtual pet toy, but I did knew there was an anime when I was on the internet watching videos on YouTube. But yes, I'm one of the few who doesn't own a Tamagotchi, but was introduced to the franchise since the early 2010s.

But I have some Tamagotchi Crossovers if anyone is interested. 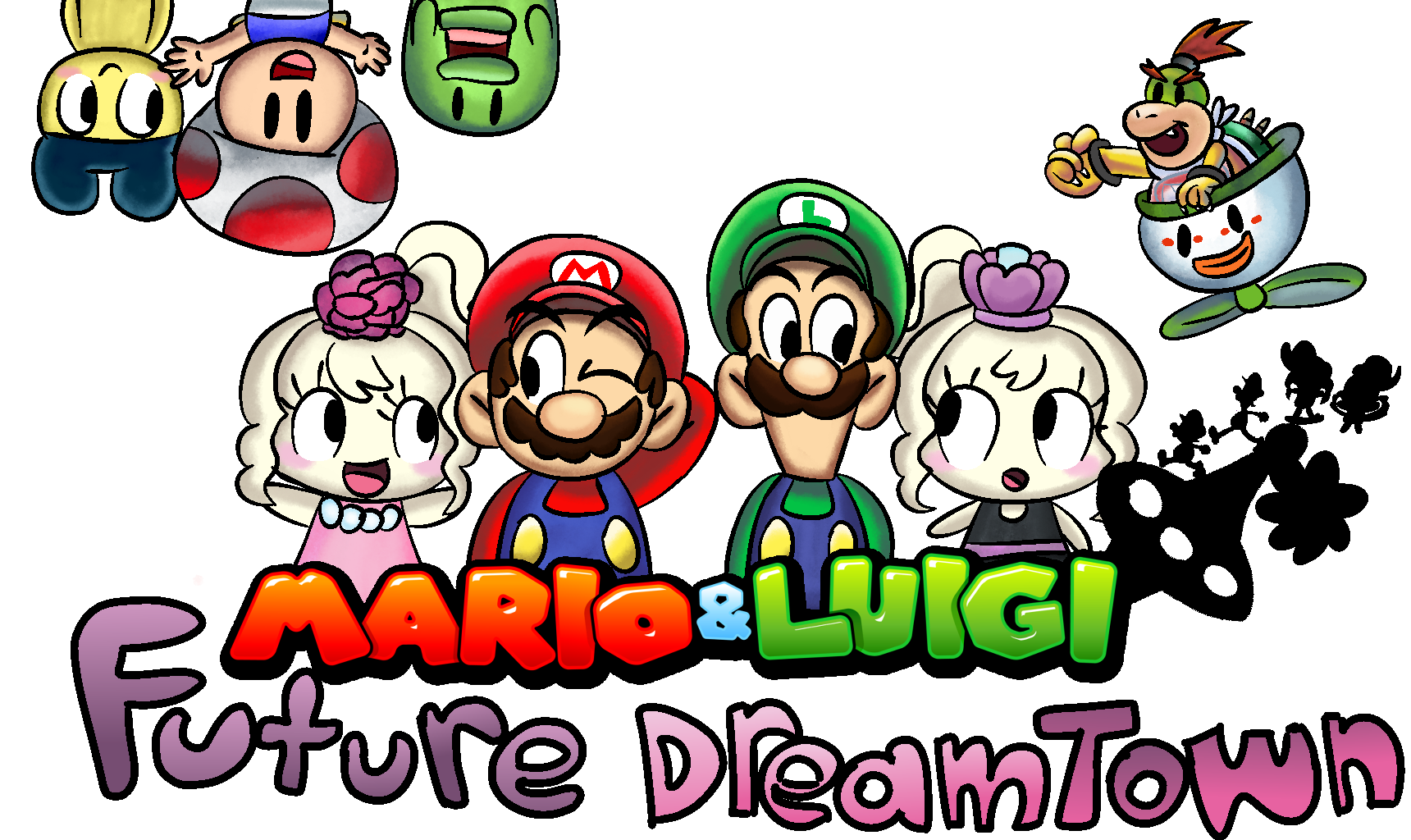 My pitch was to have Nintendo and Bandai Namco collaborate to bring recognition to the Tamagotchi franchise starting the Mario &amp; Luigi RPG series to break down 4 buttons or pull the Partners in Time concept.

For Story: The Mario Bros. has face new faces in their world and now they've jumped into the Tamagotchi universe. The twist is that Mario &amp; Luigi went into DreamTown but in the Future. Clulutchi and Miraitchi were flying around and discovers the Mario Bros running around knowing what this place is. Together, the Pocket Designer Twins and the Mario Bros team up to fend off foes of Robots and Bowser's Minions who are plotting to takeover Tamagotchi Planet (plot twist: It's Spacytchi and Bowser Jr. plotting this).

Oh, but here's Mametchi and Ludwig rivaling with: 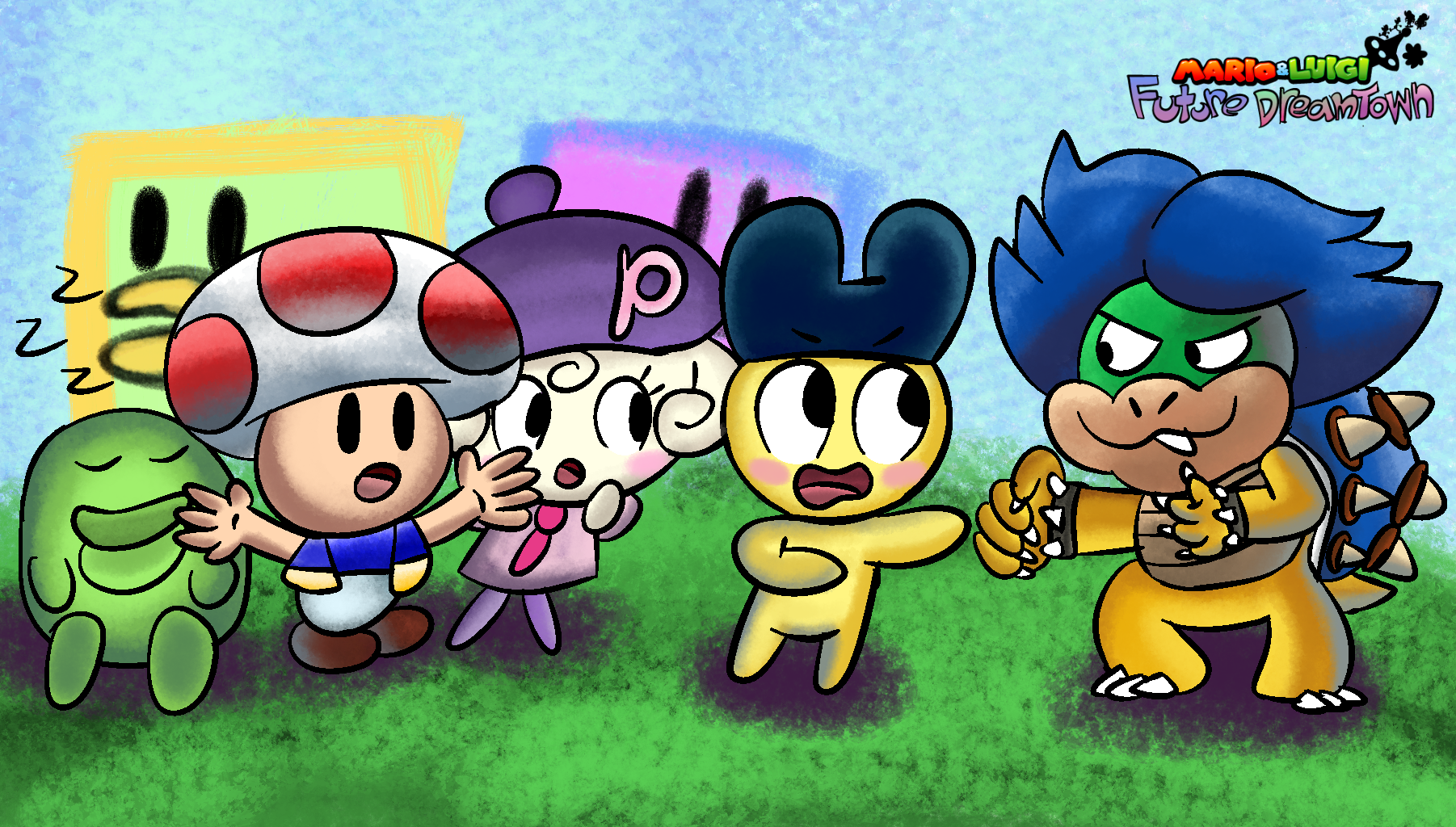 Toad + Tamagotchi Friends: Bowser Jr. was looking for Mario &amp; Luigi until he steps into a portal which leads to TamaTown. He found Spacytchi and his brothers as Spacytchi plots to takeover Tamagotchi Planet. Toad follows Bowser Jr. but he encounters Mametchi and Kutchipatchi, which results the trio to find Bowser Jr.

It's a side-story staring Toad which hasn't been a playable character in Mario RPGs before. Instead of the typical Bowser's Minions/Bowser Jr's Journey, I wanted this side story to be like Paper Jam but having the ability to change characters and give Toad a main roll with Mametchi and Kutchipatchi.

With that, this topic is gonna be long so here's another Crossover I wanted to see ever since: 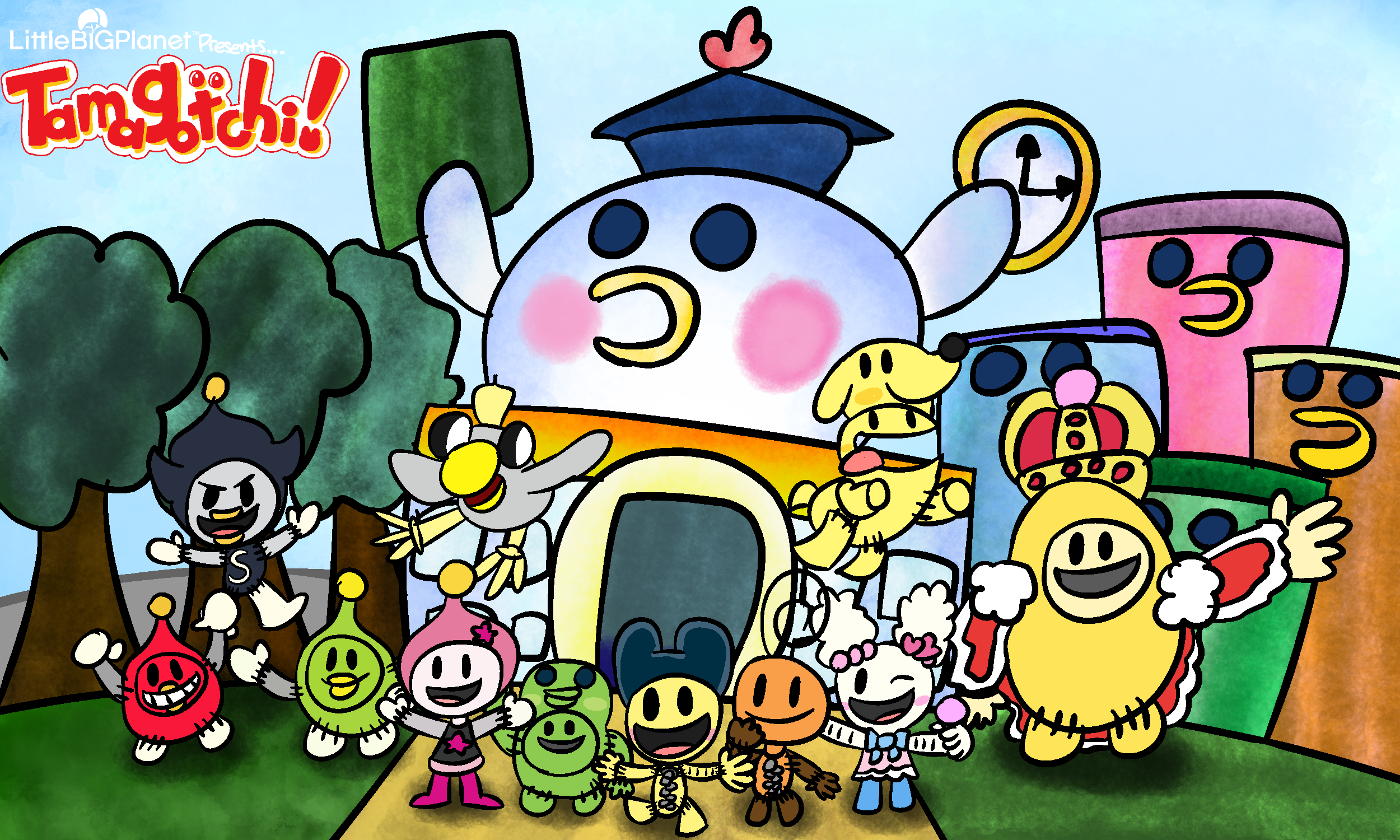 The description I put together on DeviantArt:

"Sackboy and friends enters a completely different world filled with a different cast of characters that are said to be called Tamagotchi. It’s up to to the Heroes to enter Tamagotchi Planet to stop Spacytchi’s plans to takeover the entire planet."

This is another crossover concept when LBP had DLC crossovers like Muppets and Spongebob (oh and I'm not forgetting Marvel and DC Comics.) LBP is a charming game and I get nostalgic on LBP alot when I see Sackboy in my timeline. Heck, DLC costumes maybe interesting when sometimes a DLC level can be packaged with massive content LBP had back then.

Here's my pitch for this LBP x Tamagotchi DLC concpet:


I've been knowing LBP in my life and every time I see Sackboy, he gives me flashbacks playing all the LBP series (and yes I have all 3 games + PS Vita), so here's some Tamagotchi + LBP crossovers: 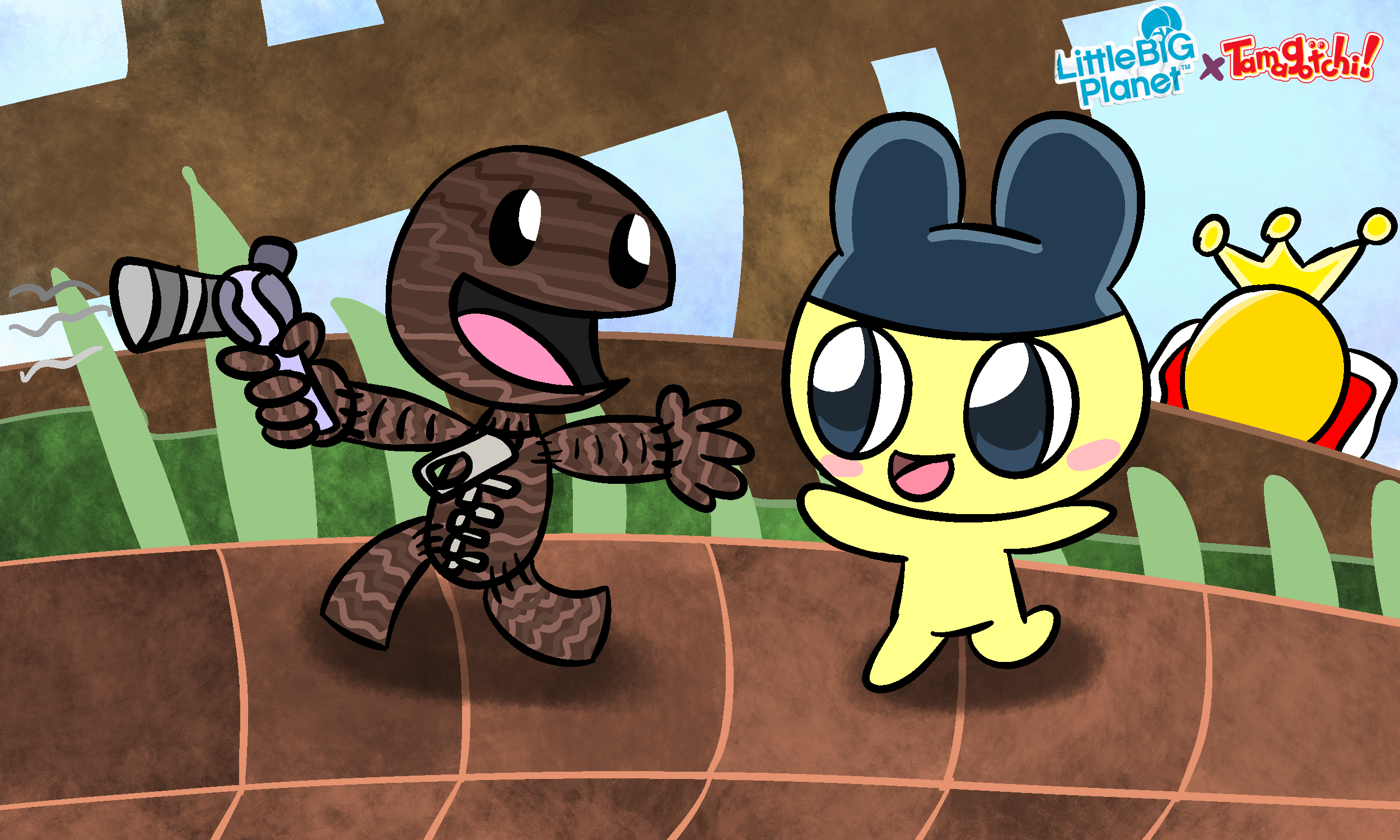 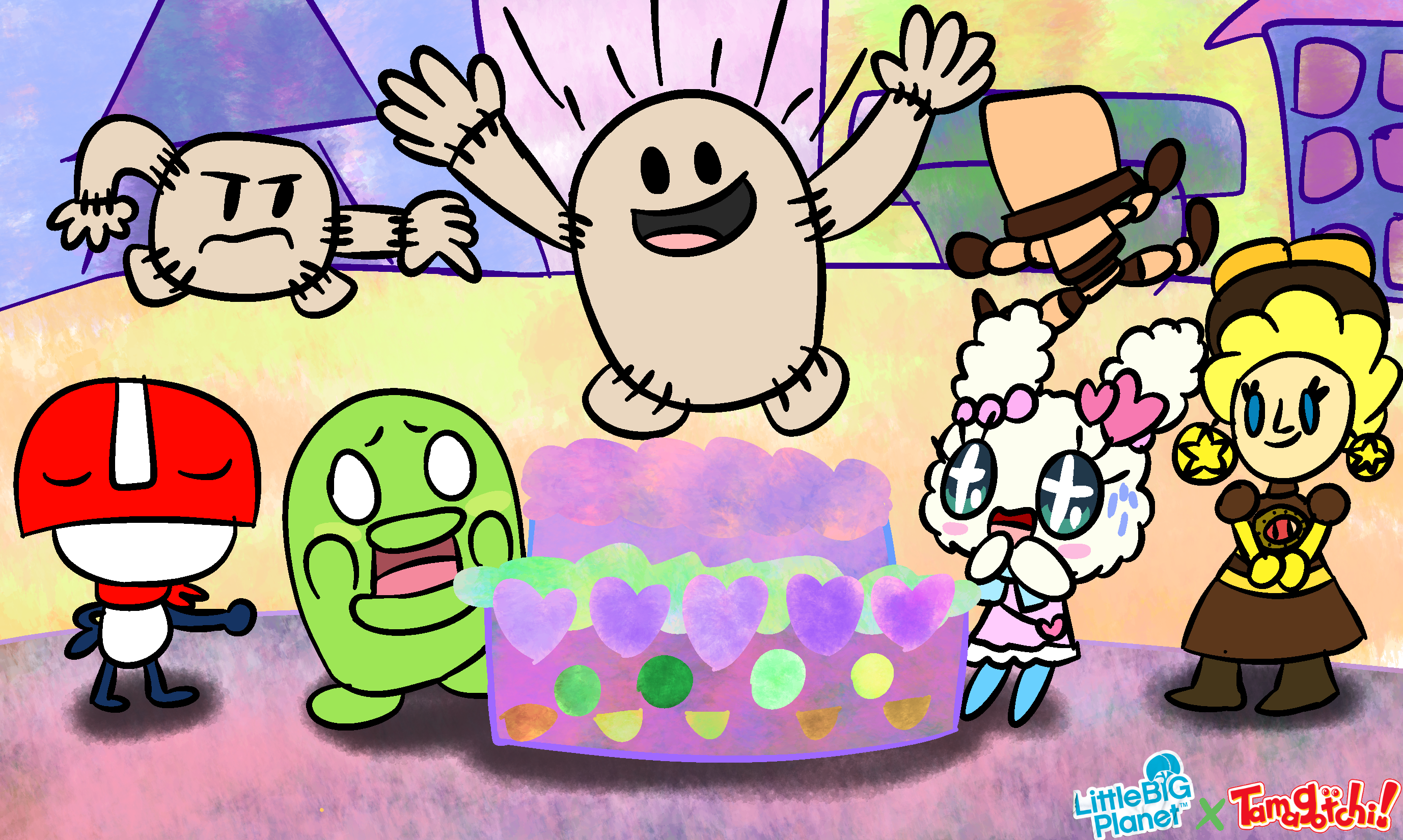 Now for the last crossover which some of you may or may not be familiar with but... 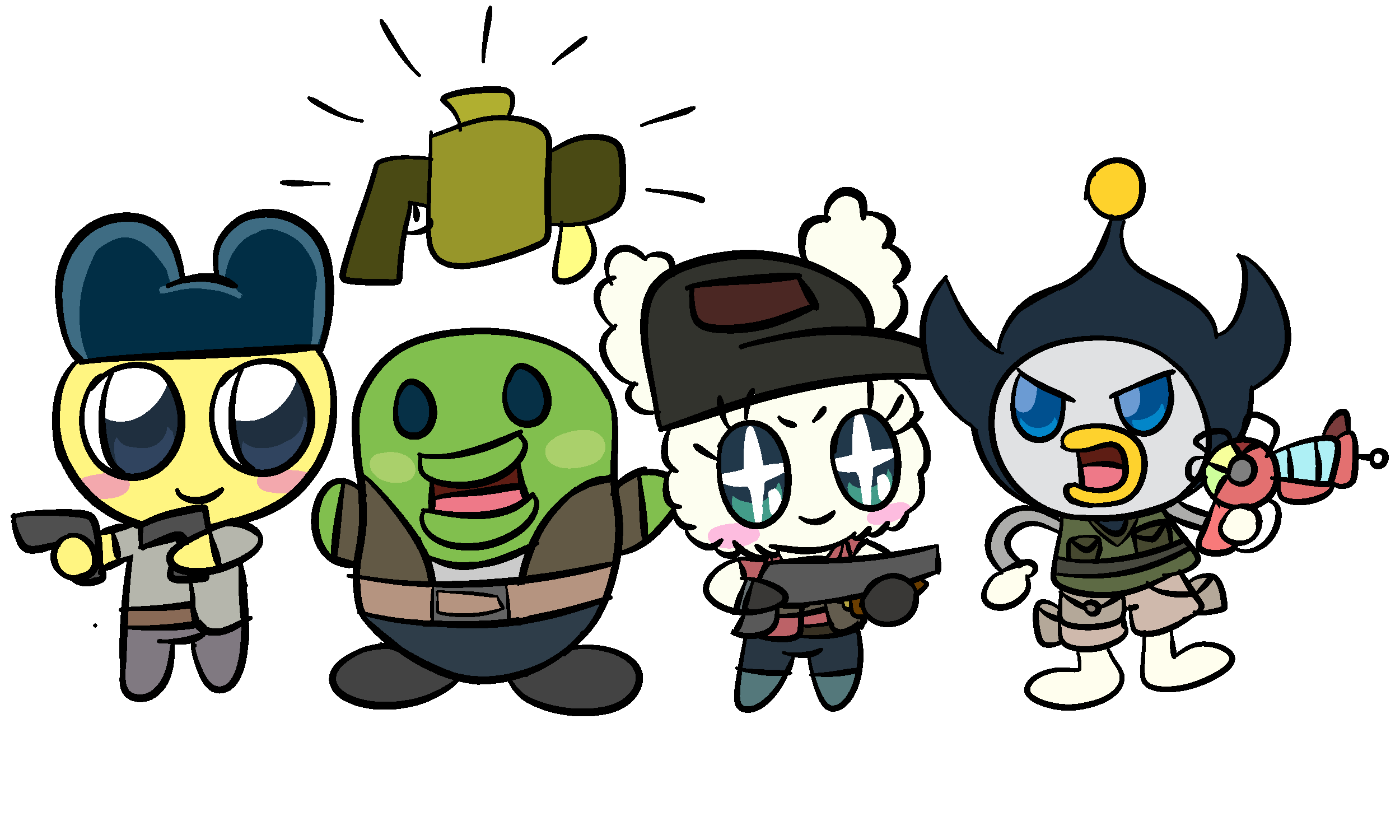 I'm a COD Zombies geek and yes, I know what the Aether story and placyed the COD just for the Zombies mode, is but it's confusing to know the storyline when there's too much in the multiverse. Anyways we have Mametchi and friends dress up as the Tranzit crew (aka Victis crew). I know Victis are the weakest crew in-terms of Characters, but my thoughts: they're just survivors trying to fight undead freaks when the rockets nuked earth in the Ultimis Timeline.

Now it's time for the Tamagotchi fathers as Primis Crew: 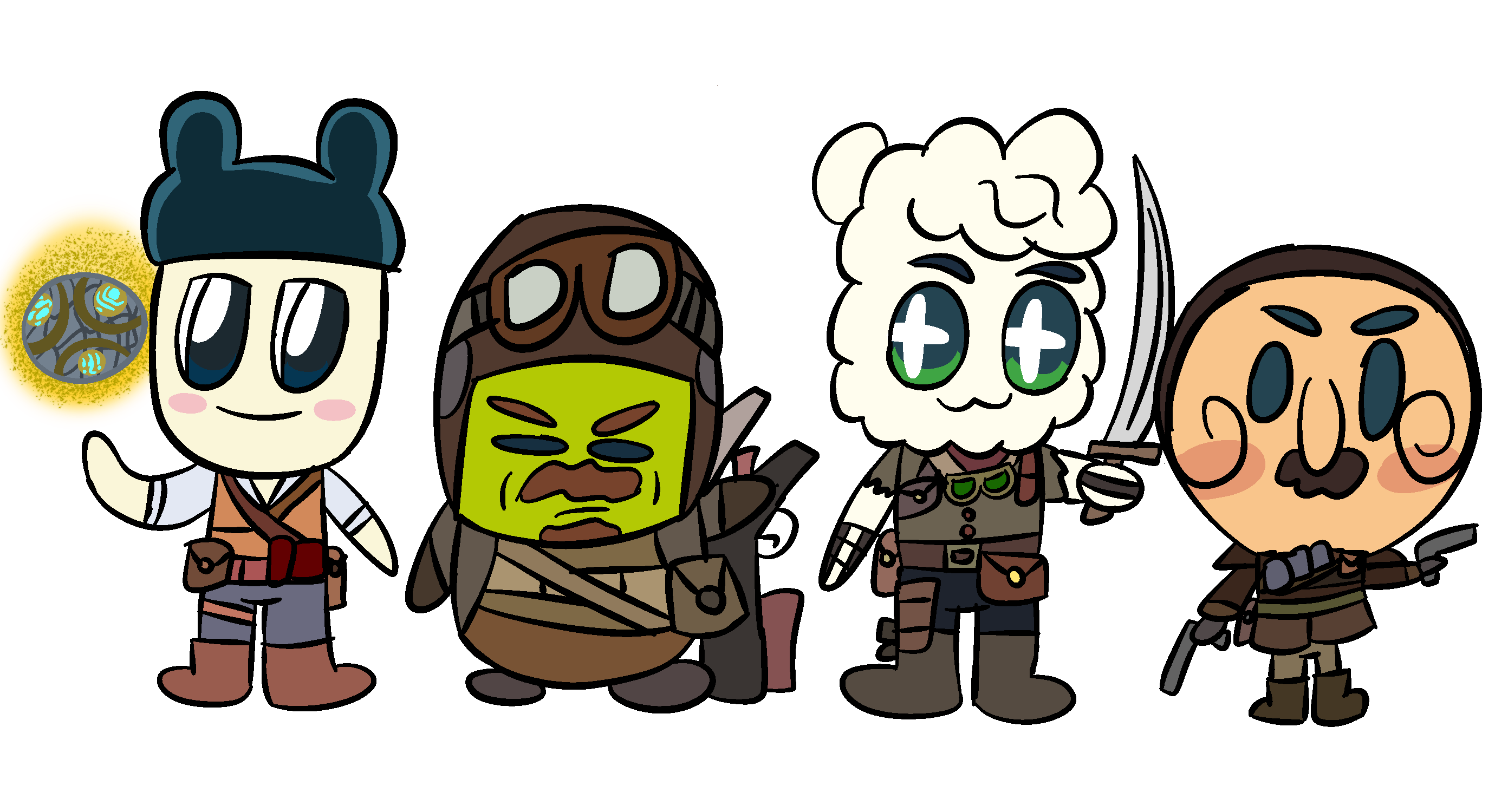 So here are the Tamagotchi fathers except Ikaritchi (as he's not Kutchipatchi's father but his beard and stash caught my attention to fit the Primis Nikolai role), I'd thought it'd be funny to see them star a role by cosplaying as Primis.

And here's the last one which may contain spoilers for those wondering how Treyarch ended Aether as it's been going for 11 years (however, I suggest if you didn't seen the ending of Aether, be warn! But if some don't mind or seen it, okay): 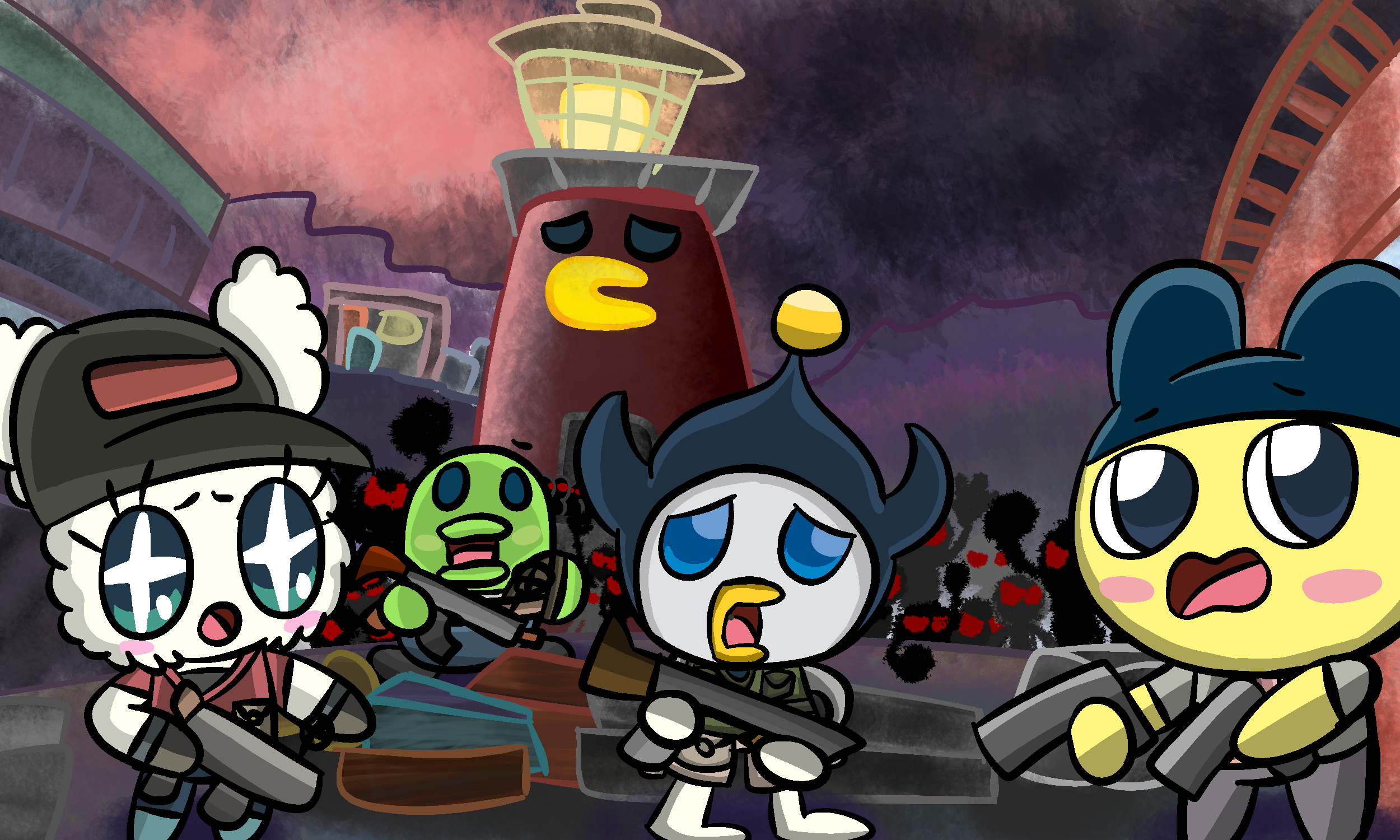 This was where I wanted to redraw the Tag der Toten scene, where Victis gets banished in the Dark Aether. I put the Tamagotchi characters there just to redraw this and it almost took 6 hours to complete. But holy shoot, this one was sad considering that Primis and Ultimis had to erase themselves in-order to break the cycle, resulting Samantha and Eddie being the only two to go on this one sigular universe with no Zombies, no 115, and no Apothicons. The only thing that makes sad redrawing this is Victis treated like puns. It's a shame that they got banished, which caught my interest redrawing this scene.

I've wanted to post this and yes I'm joined this site just today. So hopefully I read your replies on your thoughts on these crossovers. I'd been posting positive and wholesome art  just to make people happy as 2020 was getting rough. So stay stay everyone!

all of your cross overs are really good.

These are all really cool! I can tell you put a lot of love and thought into them.
I think my favorite is the one with Sackboy and Mametchi! Crazy enough, there are still people playing online on LBP1. I get on every once in a while.

It's not Halloween yet, but here's a Mario & Luigi x Tamagotchi crossover drawing!