Can anybody help me? I'm trying to work out what adaptor would be best for charging my smart - and also for a digimon vital bracelet, since I'm looking into getting one of those. Apparently for the digimon vital bracelet, the adapter should have an output of 2 amps or less. This is going to be a long post (sorry about that) but I desperately need help on this so really would appreciate some advice!

1. I know that both the smart and the digimon vital bracelet can be charged on a laptop... But I have heard that some laptops deliver an output which is too strong and have no way of knowing whether mine would be ok or not. This is why I'm a bit worried to charge using it. But would you say that using a laptop to charge is generally a better idea than using an adaptor?

3. I can find the following ones (all confirmed to be ok by Bandai) but can't work out which is going to be best to get. Presumably, all things considered, the best one will be the one which delivers the lowest output in terms of amps, but I also need one with a step-down converter and which can handle the UK's input of 230 volts.

A) Anker powerpoint mini: Says it has an output of 2.4 amps which is pretty high compared to the other adaptors that are recommended and also says fast charging on the amazon listing which I had heard was bad for charging the smart. But it does also seem to say on the Amazon listing that it "detects your devices and adjusts voltage output accordingly" which seems to indicate that it does have the kind of step-down converter that gotchi garden mentions, but it's still not really clear. Also it doesn't say what its input voltage is so I don't know if it can necessarily handle the 240 volt input that we have here in the UK.

B ) Elecom AVA-ACUAN007: Says that it has an output of 1 amps which sounds better than the 2.4 amps mentioned by the anker powerpoint mini. However, it doesn't mention if it has a step-down converter for the output voltage like gotchi garden says I need. On the amazon japan page for it it says that its input voltage is 100 volts which is obviously a lot less than the 230 volts that we have here in the UK... However, on the elecom website's page for it, it says the input voltage is 100-240 volts which does cover the UK's input voltage of 230 volts but only just so perhaps using it would be a risk.

C) Elecom MPA-ACU07: Says that it has an output of 1 amps which again sounds better than the 2.4 amp output of the anker powerpoint mini. But again, doesn't mention if it has a step-down converter. On the amazon japan page for it and on the elecom website it does say that the input voltage is 100-240 volts, which covers the UK's input voltage of 230 volts - but only just so I'm not sure if using it here would be a risk. 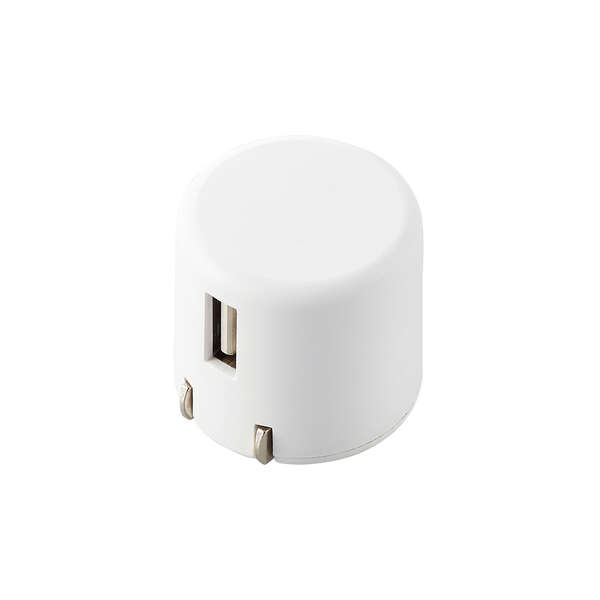 C) Sanwa Supply ACAIP49: Says that it has an output of 1 amp which is nice and low, but says that the input is 100 volts, so presumably is not compatible with the UK's 230 volt input. Also not sure if it has a step-down conveter.

4) And finally, I'm confused about whether I should be using an adaptor at all or whether I should be using a power bank. I've been told in relation to the digimon vital bracelet that I should use a power bank with an output of 2 amps or less rather than an adaptor due to the difference in current between Japan and other countries (because you then could charge the bracelet off of the power bank without having to have the powerbank plugged into the way). But wouldn't this also apply to the smart? So I should be charging the smart with a power bank rather than an adaptor? But, at the same time, Bandai hasn't actually recommended any power banks for the smart and I'd be anxious about using something not explicitly suggested by Bandai, given how fragile the smart's batteries seem to be. And, if I do get a power bank, I don't have the slightest idea which one to get! I'm so confused, my head is spinning. Why does it have to be so complicated to play with and enjoy these freaking virtual pets? I only want to be able to use them without worrying about breaking them

If anyone can help me out I would greatly appreciate it, however I do realise that this is a lot of text and that it's not really a simple issue.

hi there,
charging it on a laptop should be fine, because most laptops only output 5v at 0.5A, which is around half of what most electronic devices charge at. if anything, charging it with a laptop will just be slower than with a power supply.
also, as far as i know, the step-down voltage requirement is only for chargers that are imported from japan, that may only run on 100v. if your charger is from japan, you need to check the labeling for the input voltage: if it says 100-240v, then it's fine to use because it can run off of both voltages, however if it only says 100v i'd recommend against using it on a 230v outlet.
i'd recommend getting a charger that accepts an input of 230v and outputs 5 volts at 1 amp, since that's the "sweet spot" for devices like this. you may even already have this charger if you're an iphone user, since it's the regular small power brick you used to get in the box that looked like this (be careful not to use the ipad charger though, or the one included with the iphone 11 pro that had the smaller usb-c port instead the full size one, since those chargers output too much energy). i really wouldn't recommend getting a fast charger, since even the ones that regulate the voltage depending on the device sometimes have glitches that cause too much power to go through and fry the device, something which has happened with samsung fast chargers and ps4 controllers for years now (which is the only way i know about this glitch

)
also, about using a power bank: i think it should be fine, but it really wouldn't have any advantage over just charging it with a 1 amp power adapter, and you should really check the manual of the power bank since some of them have ports that output well over 2 amps and can fry the tama.
hope i helped!

Y
LeiLei - My Life My Love