LucidLyes said:
And, I don't know what Ares was thinking when doing this:

Probably "I am a bootleg Kirby!", which seems to be typical for Tamatchi.

Not much has happened today. I took Ares to another Beauty contest but it lost again. It now has IQ &amp; Health maxed out and Discipline 50% full.

Hi guys! Sorry for no update yesterday, I was having a really weird and confused day.

So what's new? Well, yesterday Ares won its first Beauty contest. The competition was pretty tight; there were mostly other "ugly" characters with Ares but Ares still won only with one point higher than the second contestant. And the 3rd and 4th didn't have really low scores either!

Now I'm going to try to have Ares win at a Racing contest. I figured maybe it's easier to win sports tournaments when your Tamagotchi is younger. Ares gave its first shot at the Racing tournament today but didn't make it. I hope tomorrow it will do better.

I'll try to post a few pictures later if I have the time.

Okay so I've gotten kind of lazy with this log recently but I feel like I should update you guys since I've just gotten secret character Bill.

As already mentioned, not much happened that day. Ares lost at a beauty contest. Here are the various contestants' poses:

This is the pose that won Ares the beauty contest

I think the jury was composed of other Maskutchis...

Nothing happened except that Ares lost a Racing contest.

In the afternoon, Ares won its first Racing tournament

I praised Ares for its victory and this is the reaction I got. I don't get it.

I thought this run would become more and more boring as the days would pass until I randomly checked upon Ares and found this:

I can't believe I got Bill without looking up how to get him and without even displaying the "stress" and "selfishness" meters! I only acted upon my memory of the fact that to get a secret character in the P1 and P2 one should get Zuccitchi/Maskutchi and then treat it the best they can. Well, the game is different but the general method remains the same.

Bill is UGLY. All these characters that consist of a face and legs are hideous to me, and they remind me of a virtual boy.

Since Bill is a secret character I thought it would be good to dump as many sprites as possible just so you guys can see him.

Bill sleeps with a nightcap hahah

I decided to go for a knowledge tournament since I hear Bill has a longer lifespan than other characters, like Mametchi/Mimitchi. This means that I should have the time after tomorrow to take it to other beauty contests and see all the weird faces it's going to make, but for now the priority is getting the Knowledge medal. Of course I gave it a shot today and Bill lost. I hope tomorrow will be the day.

I'm REALLY tempted to start running a P1 (on the Tamagotchi Classic app) in conjunction with this run since it's really easy to care for and I also plan to get every character in the app also.

I'm really not a fan of raising a pair of legs with a man's face mounted on top. I'm really doing it because I have to! (What do you mean I don't?!). But seriously, I think he's my least favorite secret character, maybe just my least favorite character period. I can't wait till the 15th to hatch an Umi egg, to have something else than Bill to care for. (I've never mentioned this, but I had always planned that the second December run should start on Dec. 15th).

It had fallen terribly sick in the morning prior to that, I think due to age.

He got over it with just one shot
That's pretty much all that happened today.

I've just had the idea of doing a run of my Matlab de Hakken app, just for the lolz. Maybe I'll start both the Umi and the Matlab P2 on the same day.

Today, Bill was making a weird sad face that I don't think I've seen other Tamagotchis do.

At first I wondered what this could mean. Neither scolding nor praising seemed to do anything. Only way to remove this face was to fill its happy meter which had the consequence of making it jump happily in the room. It did this face at 3 different moments during the day and I wondered what to do with it.

On the 4th time I realised it was doing that face as soon as it wasn't fully happy so filling the happy meter didn't solve the problem, it just "removed the symptoms". So I thought maybe I should check the "Fear" and "Mine" meters. (Usually I don't like to know about them, the less meters you know about the more the "Tamagotchi effect" applies, I think). Here's what I found:

His Stress level ("Fear") was all the way up to 95 out of 99! I really don't know what got it so high, but I'm pretty sure this is the reason for the weird face, so I proceeded to bring it all the way down to 0. By the time it reached 4 I noticed that Bill had only 3 happy hearts again and wasn't doing the anxious face:

To reduce the stress level I was playing the sports game with Bill and praising it after each victory. I thought maybe the process could be shorter if I played the Math game but then...

The knowledge game INCREASES the stress meter by 10! So I think I do understand now what got the stress level so high. (This and the fact that at one point I forgot to turn off the lights for Bill and only did so at about 3 AM!).

Anyway, everything's back in order now and I hope Bill will win at the knowledge tournament tomorrow.

So today Bill lost at the knowledge tournament AGAIN! I thought the high stress level was the reason why he was failing the test but apparently that wasn't the case. Nothing interesting happened otherwise so I don't think it's worth a long post.

(On my test run of my own Matlab Tamagotchi P2 app I had a Hashitamatchi evolving into a Takotchi, but I'll talk about it more after I reset it on the 15th).

Bill went to a knowledge tournament today. Do you think he:

The above picture is a perfect balance of funny, weird, appropriate and ridiculous and kinda creepy.

I'm running out of ways to say that Bill lost the Knowledge tournament today. And apart from that nothing really happened. I still haven't even seen ONE of his Beauty tournament faces because of that, that's the real bummer. I think tomorrow I'll just go for a Beauty contest just for a change. 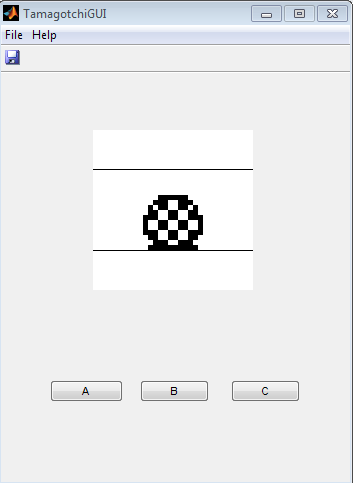 I've kept the 5 minute duration for the hatching process: 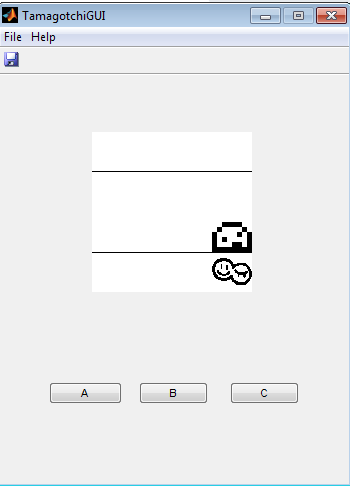 A few moments after the mandatory post-natal feeding of burgers and cake (great diet for a baby), Shirobabytchi pooped 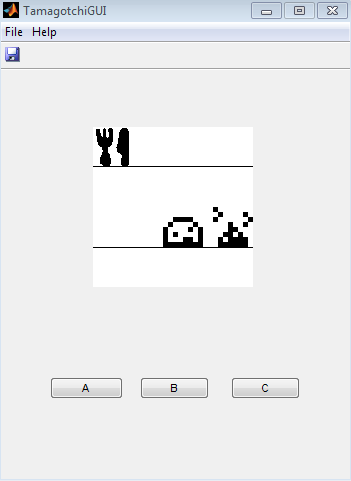 ​
I don't remember Shirobabytchi falling asleep but it did get sick and poop a second time. Then it evolved into Tonmarutchi: 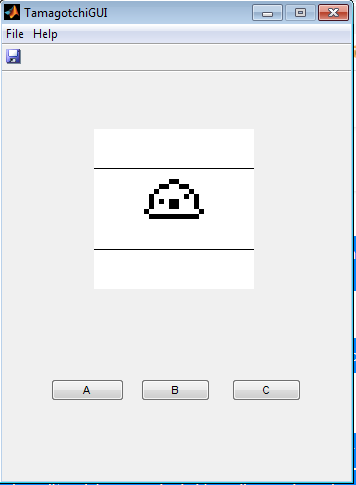 ​
At some point during the day I had to shut off my computer and commute for a few hours so I found Tonmarutchi sick, dirty, hungry and bored when I re-opened the app. I completely forgot to screenshot it.

Nothing interesting happened for the rest of the day. Tonmarutchi is now asleep. 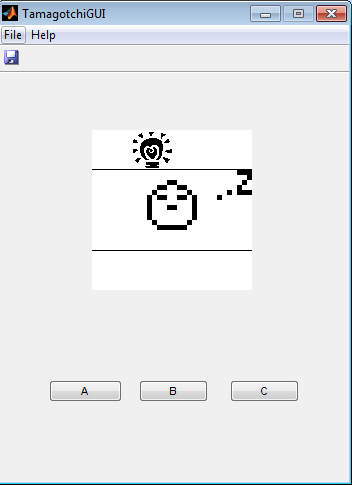 I wonder what character I'm going to get. It's highly improbable that I get Mimitchi so my bets are on Pochitchi for now. It all depends on what the next days are going to be made of.

Tonmarutchi was still asleep at around 8:30 AM when I turned on the computer. 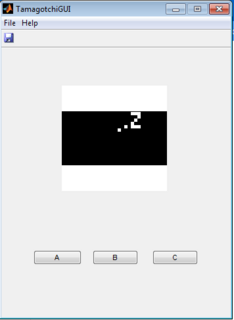 It woke up normally at 9 A.M and pooped at around 9:30. I should have taken good care of it throughout the day but I might have given it one more care miss at some point (I deactivated my laptop's audio and forgot to reactivate it).

By 7 PM it now has full discipline 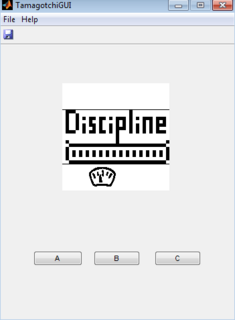 I've made it so that the lower the discipline the more frequently it will call for nothing, but I might have overdone it a little. I don't know if it's normal to have a full discipline bar by the second day of care.

Bill went to a Beauty tournament and won! YAAY! Plus, he scored a perfect score of 100! I couldn't believe it!

I'm starting to notice that Bill is a pretty tough character in that by that age most other characters will lose 4 hearts every hour, whereas I can still leave Bill for 3 to 4 hours without feeding it and it still won't lose all its hearts. I can definitely see how easy it is to keep him for more than 20 days.

I forgot to mention that Tonmarutchi evolved into a Tongaritchi yesterday. 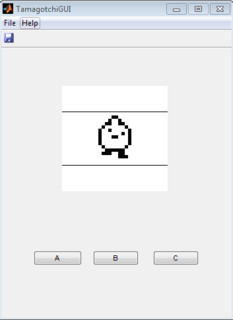 Nothing really happened until it fell asleep at 9 PM 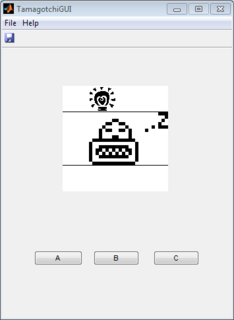 I should be on my way to obtaining Pochitchi.

Bill lost at the knowledge tournament. I won't log about him again until something changes.

LucidLyes said:
Bill lost at the knowledge tournament. I won't log about him again until something changes.
Click to expand...

So Ares is now officially admitted to the hall of fame. I'm going to try to collect more medals even though I'm getting kinda bored with Bill. I don't think I'll be logging about him again unless something really interesting happens.

LucidLyes said:
I don't think I'll be logging about him again unless something really interesting happens.
Click to expand...

Do his hilarious faces count?

So Tongaritchi evolved into a Hashizoutchi today. I really couldn't care for this character more since it was born. I'm glad that having a Mimitchi is thus still challenging enough without necessarily ending up with Takotchi for just a few care mistakes.

I was outside today and the best I could do was use TeamViewer to remotely connect to my laptop to care for Tongaritchi. Needless to say, I was kinda lazy to do so... 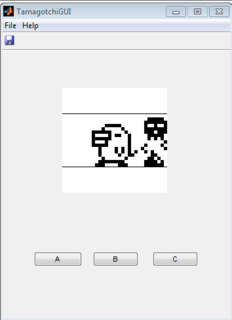 This is what I found when I got back home.​
Here's Hashizoutchi asleep. 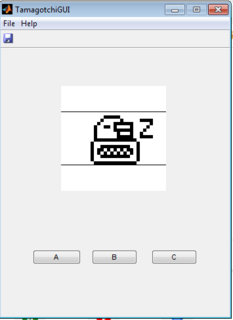 Well, I hope you guys have enjoyed the ride. I can't say when I'll be coming back to this log, but I hope I will. See ya!